Despite having been around for more than two decades, it’s surprising how many IT professionals struggle to explain exactly what is (or isn't) IBM Notes -- formerly known as Lotus Notes. If your business is one of the many that rely on the IBM Notes and Domino platform, you're apt to hear a range of commentary in the hallways. Everything from an exasperated, "We're still using that?" to a proud, "Yes, we use Notes and it’s integral to the success of our company."

IBM Notes is the Thermomix of application development. It chops, blends, mixes and cooks. It's like a blender on steroids. Yet it's also misunderstood. This vast flexibility means that it's difficult to place into a single software category. Just as the Thermomix can deliver more than just a smoothie, IBM Notes and Domino solutions can deliver more than just email. To illustrate the point, we've outlined three advancements that IBM Notes has brought to the computing industry.

In 1985, at a time when collaboration software and messaging was innovative at best and quixotic at worst, Iris Associates Inc brought about Lotus Notes. Though modeled after PLATO Notes, Lotus added many more powerful features. Originally, Notes brought email, phone books, online discussion and document databases to the table. However, the world of networking was only in its unsophisticated beginnings and PC operating systems were basic, thereby leaving Notes rudimentary at the time. Initially positioned as a personal information management system, Notes eventually began to embody the term groupware. That is, it became an application able to improve collaboration, communication and coordination among different groups of people.

Customization as a Necessity

Another driving force behind the Notes program is in its flexibility. As developer Tim Halvorsen explained of the early stages of program creation, "Should we build applications in the product or should we allow it to be flexible and let users do it because we don't know what they will want?" They opted for the latter, which proved to be a hugely successful business model they adhered to. Not only does the program offer email, it is a notebook, an instant messaging service, browser and calendar. This interoperability is a significant advantage in many business environments. It’s a platform to develop customized web and client-server applications. By utilizing different capabilities within the program, users were able to devise group textual applications. By allowing users to customize the program to meet their needs, Notes has survived over time.

Notes was the first widely utilized software program to use public key cryptography to verify server-to-server and client-to-server authenticity and encrypt data. This has helped position the software as having the most sizeable installed base of PKI users. After negotiation with the U.S. government, program users outside of the United States wound up with better protection against industrial espionage, but little to no additional protection against governmental spying. In addition to all of the bells and whistles Notes provides, the Domino server's security tools also include S/MIME, X.509 client certificates, SSL 3.0 support with industry standard key sizes for HTTP and other Internet protocols, and an integrated certificate authority.

Through its numerous incarnations, the Notes and Domino has persevered. While many people think of it merely as an emailing program, Notes has held its own in an ever-changing industry of technology and software. Whether you love it or hate it, there are worthwhile contributions Lotus and IBM have made to the world of computing. Now nearly synonymous with the term groupware, Notes brought the concept of networking and collaborating to the forefront of our collective imagination. It also brought a unique level of customization and security to computing.

Interested in learning more about how our products can improve your day-to-day Notes and Domino work? Contact us today. 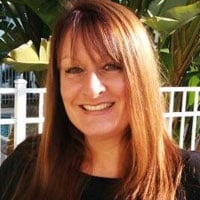